If that all sounds a bit confusing, please watch this:


The Central Committee's goals are to advance Democratic values and elect Democratic candidates to local, state, and national offices. We do that by endorsing candidates in various elections, fundraising, campaigning (precinct walking, calling, mailing, etc.), attending the state party conventions, recruiting candidates, and any other way that we can think of. We are also responsible for chartering Democratic clubs to further promote our candidates and values, and organize to bring more people into the party.

Learn more here about our chartered clubs. We are looking for active, passionate, can-do workers who are willing to put some time, energy, and, yes, even money into our efforts.

Please help us elect Democrats and fight for Democratic values! 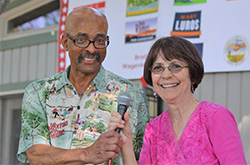